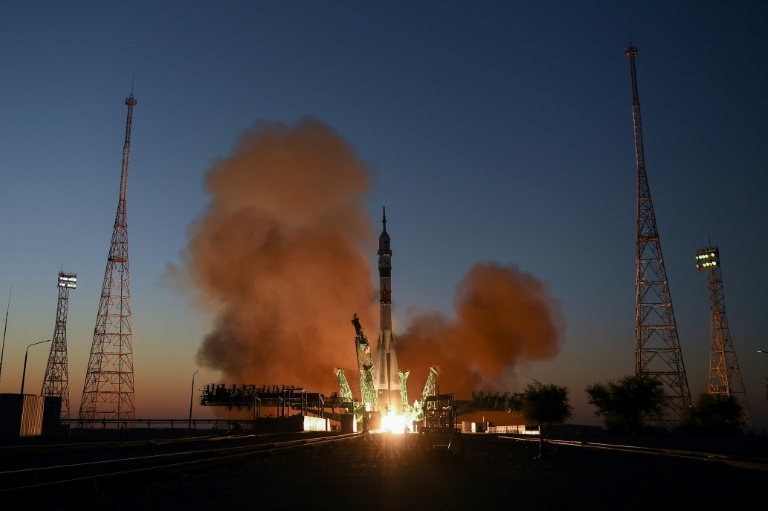 Russia said Wednesday it would send a rescue capsule next month for three crew members of the International Space Station, after a meteorite damaged the spacecraft that was due to return them to Earth.

The Russian space agency, Roscosmos, made the announcement after examining the flight worthiness of the Soyuz MS-22 crew capsule docked with the ISS that sprang a leak in Decemb

On Wednesday, Roscosmos said the spacecraft that was originally set to bring Russian cosmonauts Sergei Prokopyev and Dmitry Petelin and NASA astronaut Frank Rubio back to Earth was damaged by a small meteorite strike.

Roscosmos said it had ruled out a technical problem as being the cause of the leak.

Their space capsule will now need to return crewless and a new spaceship, the Soyuz MS-23, will be sent to the ISS on February 20 to retrieve the trio.

“‘Soyuz MS-22’ must descend to Earth without a crew,” Roscosmos said, announcing the conclusion of a state commission that weighed how to handle the problem.

There are currently seven people aboard the ISS. With the MS-22 rocket now deemed unfit, it means that the ISS has just one “lifeboat” capable of carrying four people, in case it needs to be evacuated.

Roscosmos said any such scenario will be considered separately.

“In the event of particularly critical situations on the ISS, the possibility of using the Soyuz MS-22 to rescue the crew will be determined by a separate decision of the state commission,” Roscosmos added.

MS-22 flew Russia’s Petelin and Prokopyev, as well as NASA astronaut Rubio, to the ISS in September.

Due to the damage to the space capsule their mission is being extended and they will now return to Earth on board the MS-23, Roscosmos said without providing more details. They had been set to come home in March.

The vehicle began spraying its coolant into space on December 14, with dramatic NASA TV images showing white particles resembling snowflakes streaming out of the rear.

Roscosmos and NASA initially said the leak did not pose any danger to those on board although it caused temperature spikes.

Russian cosmonauts had to postpone a spacewalk because of the leak.

Dispatching a rescue ship to retrieve the three crew members means that another three astronauts will not go to space as scheduled.

Initially the Soyuz MS-23 had been expected to take to the ISS Russian cosmonauts Oleg Kononenko and Nikolai Chub and NASA’s Loral O’Hara on March 16.

“This is an optimal solution for the safety of people and minimising damage to the space programme,” he said on Facebook.

Space has remained a rare venue of cooperation between Moscow and Washington since the start of the Russian offensive in Ukraine and ensuing Western sanctions on Russia.

The head of the Russian space agency, Yury Borisov, in December praised Russia-US cooperation at the ISS following the leak.

NASA, which has closely monitored the Soyuz systems, is set to brief reporters later on Wednesday.

“NASA and Roscosmos are concluding their work together to develop a course of action following the analysis,” the US space agency said.

The ISS was launched in 1998 at a time of increased US-Russia cooperation following their Space Race competition during the Cold War.

No comments to show.